More people travel in cars than ever before. Many of these journeys take us to long and unfamiliar places, and oftentimes at night. So it is not surprising to us that so much strange and unexplained paranormal activity is witnessed by drivers and passengers.

We asked users on Quora and Reddit if they have ever witnessed something paranormal as the driver or passenger of a vehicle. These are the most fascinating (and spine-tingling) responses that we got:

Ghost encounters can vary from hallucinogen-type glances to full-blown fight or flight scenarios. As the stories document below, not even the comfort or speed of a car is always enough to ensure that apparitions remain at a safe distance.

Somehow we weren’t surprised to find that there were many UFO encounters on the list. Especially as UFO sightings often consist of brightly coloured lights against a backdrop of night sky. UFO encounters also tend to be more exhilarating — and less frightening — than ghost sightings, as evidenced in your stories below: 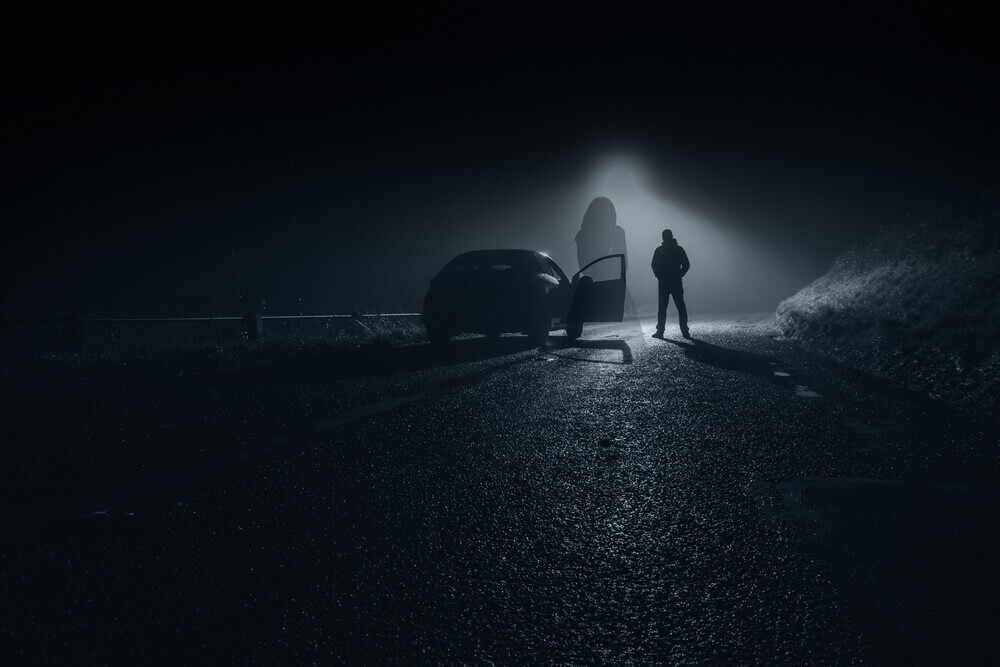 Creepy Cambridgeshire… the most haunted place in the UK?

Cambridgeshire is already notorious among paranormal enthusiasts as being one of the UK’s hotspots for unexplainable activity. A reputation upheld as a significant number of our respondents had their own stories to tell from the region.

Check out this conversation between users, exchanging similar sightings in the Cambridgeshire area:

Not all of our respondents were convinced that their encounters were paranormal, but they did have some fascinating stories to tell nonetheless.

And we reached out to a UFO expert, Tony Eccles of A Different Sky, who had this to say on UFO sightings:

So what do you think? Have the sceptics changed your mind, or are there otherworldly things going on that we still cannot explain?

Have you experienced a paranormal road sighting? We would love to hear your story.

Send your story in an email to neil.wright@thrivemediagroup.co.uk and we will check it out. Though if you can, please try to remember where and when you had the paranormal experience.

We can save you time, hassle and money!

WE CAN SAVE YOU
TIME, HASSLE AND MONEY

Get in touch today!

SELL MY MOTORHOME
SELL MY CARAVAN

We Buy Any Motor Caravan

We guarantee we are willing to buy your motorhome at the time of the valuation. All valuations are subject to inspection of the motorhome. Changes in valuation occur on a daily basis. To make sure we don’t waste your time, if there is a change in the market value of your motorhome resulting in a reduced valuation, we endeavour to let you know the new valuation before your appointment, so that you have the opportunity to cancel, if you choose to do so.